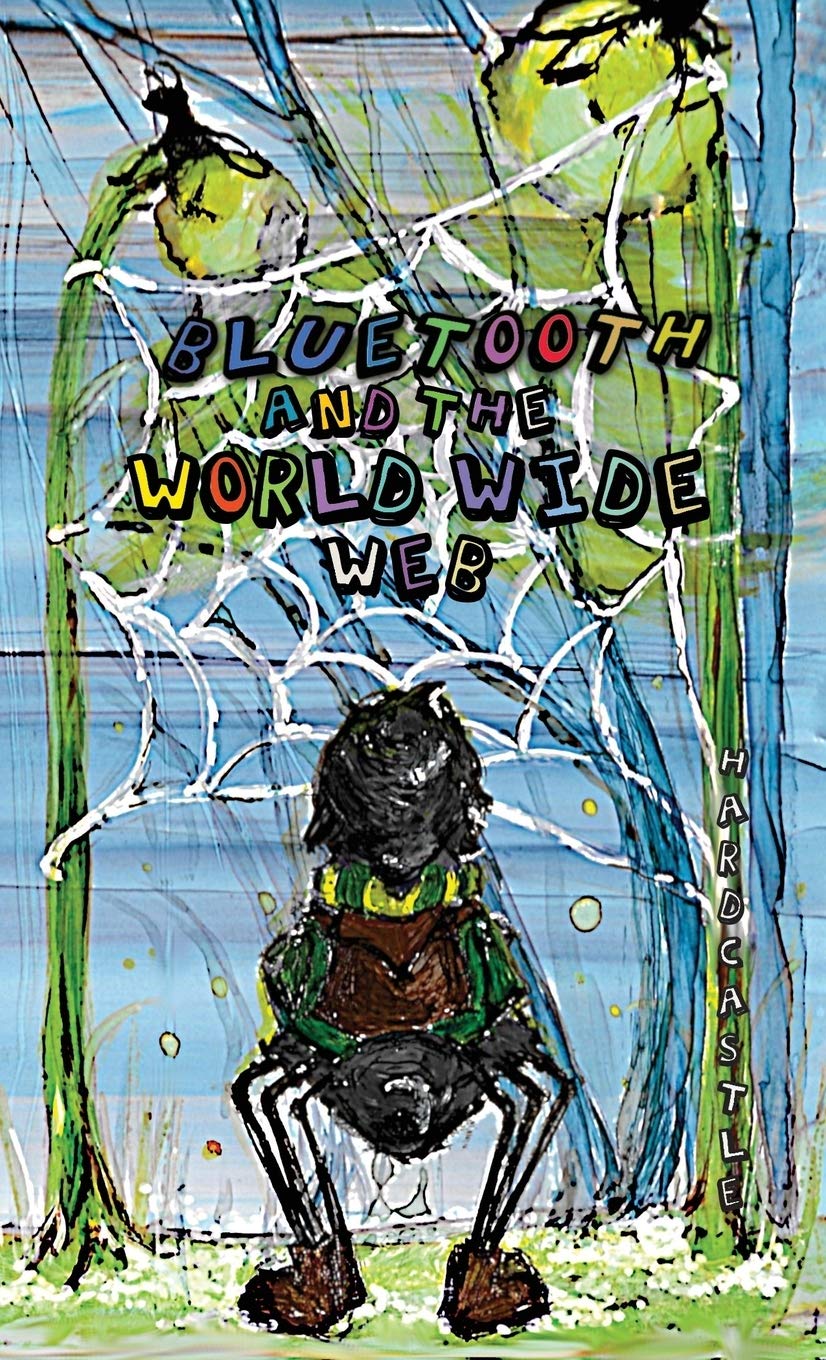 Simon Ranchilla is being bullied by the grasshoppers in his class; he’s the only insect in his school with a blue fang.

But when their connection to the World Wide Web is attacked by WASP, Simon suddenly discovers his fang has an amazing ability.

With the help of his dentist, a mechanic, and a grumpy old flea, Simon and his friends set off on a mission to save their community!

“Using such characters and terms as “Mrs. Longlegs”, “Web Attack Special Patrol (WASP)”, “Claire Spinn”, “Bluetooth”, and many others, E. Rachael Hardcastle, and her father, David Hardcastle, have captured written the perfect book for children -and adults, too!- as they tackle the concept of bullying in a non-threatening, but highly educational manner, in their newest release, “Bluetooth & The World Wide Web”! Using humor to address a most serious topic, Emma and David entertain and elicit laughter, while also driving home the point of one of the toughest topics in our schools and neighborhoods today. Emma and Dave perfectly captured the various nuances of bullying, the emotions and consequences of being a victim, and even the avenues toward a solution. Pick up “Bluetooth & The World Wide Web” today and laugh, cry, and learn more about the concept of bullying, and how it can be defeated!”

“The authors cover a lot of ground in this look at computers and technology issues set in an insect world. E. Rachael Hardcastle’s proven ability to take wide-ranging, serious issues and re-package them in a thought-provoking way is evident throughout as you learn about networks, communication, fake news, cyber-bullying, hacking and even racism in a story spun around the original masters of a web; the spider. The co-authors subtly satirise the many pointless divisions and prejudices we encounter in the digital and non-digital world every day and aside from the deeper themes, the plot is rich and the metaphors are vibrant and clever.”